North Carolina currently does not have any mugshot legislation on the books for mugshot removal, but a bill is pending in the House after passing in the senate. Wake County in North Carolina plans to restrict access to the County Bureau of Identification database while still complying with the state law that makes booking photos public record. 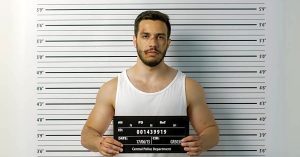 Commissioner Vickie Adamson said mugshot databases are unfair due to the fact that photos remain online even when people have not been convicted, or who have been acquitted. They also do not provide an avenue for people to easily remove the images if their record has been expunged or sealed.

Another proposed solution is to allow the setup of a CAPTCHA on the state mugshot database in order to prevent the automated retrieval of mugshots from the database. Wake County’s mugshot database originated to help alleviate the numerous requests that were received from news organizations that publish mugshot galleries online. The number of news organizations that still publish mugshots online has dramatically declined so the need for the database has diminished.

It has also been proposed that the arresting agencies handle the distribution of mugshot photos as legally required so that the database is not needed. Then mugshots would be distributed only as needed for law enforcement purposes like to search for a suspect, comply with discovery requests, court orders, and criminal proceedings.

In some other states, the term for the process is “expungement.” In North Carolina, it’s “expunction.”

Expungement is the process of erasing an arrest record. Typically, this is the result of a person being arrested, but the DA never tried you in court. You can expunge your record if your legal proceedings resulted in a dismissal or if you were found not guilty. If you went to trial and a jury found you not guilty, your record can be expunged

A North Carolina law requires websites to remove a person’s mugshot following their arrest if the charges were dismissed or the record was expunged. Expungement is much easier to document in North Carolina than in other states, which is why it is the preferred destination for most people with a record.

Get proof of dismissal.

North Carolina law enforcement takes photos of citizens when they are arrested and detained. The state Administrative Office of the Courts (AOC) has a centralized database containing images of every person arrested in the state. The AOC website allows citizens to search their criminal records and have their mugshots removed. They can also request that their mugshots not be posted on the website.

A certificate or other form of proof that shows that an expungement has been issued.

If the AOC has your mugshot, you can call their Remote Public Access Office at (919) 890-2220. Then the AOC will ask you to mail a copy of the certificate stating that the charges against you have been expunged.

Once you have a certificate of innocence from the North Carolina Attorney General’s Office, then you can contact the website to request that your mugshot be removed. If you ask for the request to be removed within 30 days of your arrest, then you will have 30 days to remove the mugshot from your website.

Have a certificate of expungement on file with the AOC?

What are the details you must provide to show that your arrest or conviction was expunged?

The first step in your appeal process is the filing of a petition with the court where your trial was held, or where your trial would have been held if the charges hadn’t been dropped. You can file the petition in person, by mail, or through an online

Your petition needs to be filed in the right North Carolina court. It can’t just say “I’m innocent”.

If you’re going to write an expungement application, you should use an extremely respectful tone, without using any made-up flattering terminology, “Your Honor,” will do. Explain why you are entitled to expungement,

If you are found guilty in court, there is a complicated procedure that you need to follow if you want to appeal the verdict.

You will need to obtain statements from the department that arrested you. They will attest that you were not charged. Or you need to get the District Attorney to provide a statement stating that your charges were dismissed. Or you will need to get a copy of your acquittal, verdict, or other disposition of your case.

The next step is to fill out and submit the paperwork to the court. Then you must wait for a judge to hold a hearing.

If you are unable to obtain a certificate of expungement, you can still get your record sealed.

Not all people accused of crimes are found innocent or have their charges dismissed. In those cases, you are not eligible for any expungement in North Carolina.

If you are arrested but not charged, you do not have a right to have your mugshot taken down.

If you have a DUI, and you don’t get into legal trouble for it, too bad, your photo will remain on your record for a lifetime.

You do not have the right to have your mugshot taken down if you were arrested and the DA never decided to prosecute the case.

The law is complex and can be difficult to understand. Lawyers can help you navigate it. However, this means that you’ll have to pay hundreds of dollars an hour.

If you need help with North Carolina criminal record removal, contact us.