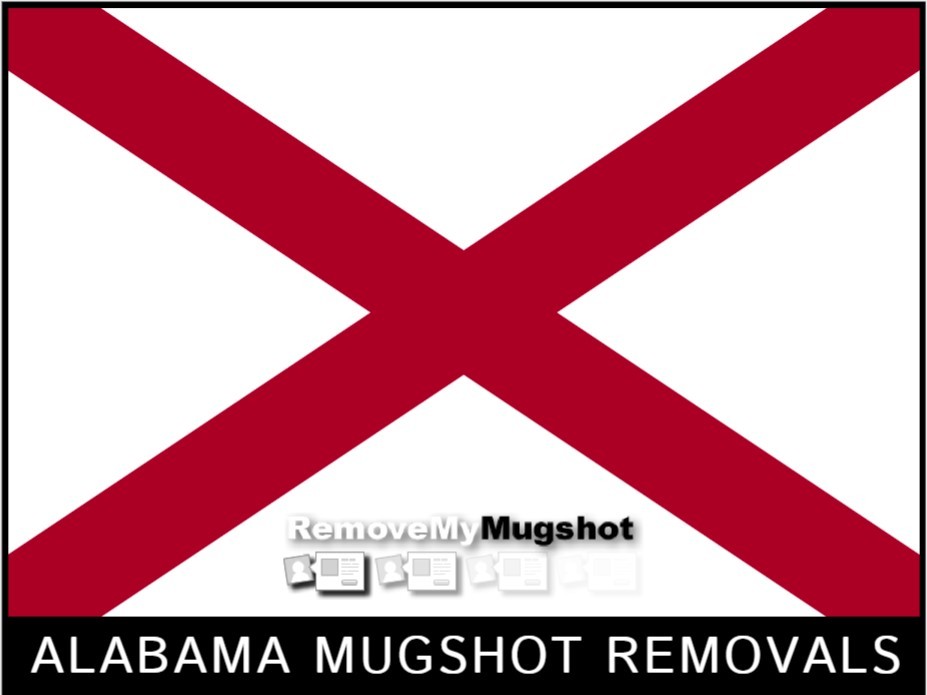 Alabama Mugshot removal was just made easier with the new Alabama Expungement Law, the Alabama Redeemer Act. Most mugshot website publishers offer some type of removal or page update if your record has been dismissed, expunged, or sealed. Now that Governor Kay Ivey signed into law on April 23, 2021, the new Alabama Expungement Law which took effect on July 1, 2021. The Law is called: The Record Expungement Designed to Enhance Employment and Eliminate Recidivism Act; the REDEEMER Act. The new Alabama Expungement Law allows for felony offenses, traffic violations, municipal ordinances, misdemeanor offenses, and other criminal convictions to be eligible for expungement under Alabama Law. In addition, the administrative filing fee has increased to $500.00 from $300.00. A person can apply for indigent status in hopes of getting the fee waived. The fee is assessed on a per arrest basis regardless of the number of charges the defendant was indicted for.

Alabama has no official law on the books regarding mugshots and charging a fee for their removal. There are a few local sites in Alabama that publish mugshots online or on social media in addition to the larger sites like Mugshots.com and Arrests.org. Even without a law on the books, some mugshot publishers have adopted a more accommodative policy towards the removal of images especially if you had a favorable outcome such as your charges being dismissed or dropped. We think this is in part because of how many other states have indeed enacted legislation in order to combat this practice.

Under the new Alabama expungement law, a person who is accused of having a felony conviction may petition to expunge the record if the following are true:

After more than 90 days and successfully completing a drug court program, mental health court program, diversion program, veteran’s court, or a court-approved deferred prosecution program or when charges have been dismissed with prejudice after a felony or misdemeanor conviction or for committing a misdemeanor during the trafficking period, the person is eligible for relief.

The person is eligible to apply for a restoration of rights because a board of pardons and paroles has certified that all charges and convictions are for non-violent crimes. This applies to the applicant’s civil rights as well as his political rights. The pardoned individual has served 180 days since the order of the board. He is not convicted for a sex offense. He is not convicted of an offense involving moral turpitude. He committed no traffic offenses in the previous 15 years. The individual was convicted for a crime in which a firearm was not used. This is not a serious traffic offense as defined in Article 9 of Chapter 5A of Title 31.

DANIEL CRAIS’ RESPONSE HAS BEEN RECEIVED

The fee for expungement has increased from $300 to $500. The more than doubling of the amount of the total fee is the greatest expense to most petitioners since they must incur the added out-of-pocket costs of postage, photocopying, copies of prior criminal records, and court costs or other docket fees. At this time, we are not aware of any Alabama circuit courts whose dockets have. You could be affected by what’s called record expungement. The records of those convicted will still be available for use by authorities and law enforcement

A judge is now responsible for deciding who gets to file and whose fees are waived due to financial need. Under the new law, courts may require the same fee in each case brought in for expungement. The cost must be waived if the person seeking expungement is indigent. Because of a new law, a person convicted of five drug crimes at one time can be released from jail after serving his prison days, but still cannot apply to get his records expunged. The state allows for the records to be made available to the Department of Human Resources to assist with investigations or assessments. The new law adds administrative records of suspension to the list. The information will be expunged.