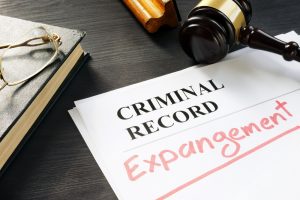 An expungement is the legal process of clearing your criminal record. Your mugshot is a photo taken by law enforcement when you are arrested and booked into a facility. If you have an expungement, your mugshot will not be removed from the internet automatically. Websites that scrape and publish mugshots never go back to check the status of the individuals they publish online.

What is an expungement?

An expungement is a legal process that allows for the removal of certain types of criminal records from public view. This includes arrest records, convictions, and other related data. The purpose of an expungement is to give people who have been arrested or convicted of a crime a second chance by allowing them to clear their record. In most cases, an expungement will remove all traces of your arrest or conviction from the internet and make it difficult for potential employers or landlords to find out about your past.

How does the process work?

The first step is to file a petition in the court where you were convicted or received your deferred sentence. The next step is to serve notice of the expungement hearing to the district attorney’s office and the law enforcement agency that filed the original charges against you. At the hearing, both sides will present their arguments and evidence as to whether or not your arrest record should be expunged from public records databases. Once all of this has been done correctly and if everything goes smoothly, then your arrest record will no longer be considered public record.

Who is eligible for an expungement?

Did you know that one out of three people in America has been arrested with potential criminal records appearing online? That’s why our team at RemoveMyMugshot.org are here to help you clear your record and get back on track. With our services, you can finally start rebuilding your life – and your career – without the stigma of a criminal record. Contact us today to learn more about how we can help you get started.

What are the benefits of an expungement?

An expungement has many benefits. A criminal record can show up on a background check and prevent someone from getting a job or professional license. Expunging a record can remove these obstacles and give people a second chance. In some states, an expunged record is sealed and not available to the public.

An expungement can remove your mugshot from the internet and make it more difficult for potential employers to find. This can give you a better chance of getting hired for jobs and help improve your career opportunities. The process of expungement varies depending on the state in which you reside. Generally, however, it can involve filing a petition with the relevant court, paying associated fees, and waiting for the process to be completed.