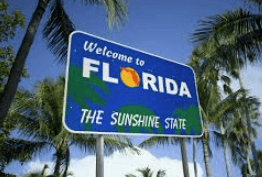 On April 28, 2017 by a vote of 118 to none the Florida senate approved legislation that prevented any website publishing mugshots from receiving a fee to remove the image. A person simply has to request this in writing.? After being introduced back in 2016 the legislation finally passed giving reprieve to mugshot victims who are targeted by shady website owners who themselves are generally criminals. Some of the most notorious mugshot websites also call themselves home in the shady state of Florida.

We imagine that eventually all states or at a least a federal statue will abolish this savage practice of publishing a booking photo in the hopes of a person finding it an eventually paying a fee for its removal. Of all the ways to make money this is one of the easiest ways to make enemies. We have always stood by the position that this type of blackmail errors on the side if illegal in the sense that no one can profit or make money from your image other than yourself or individuals that you grant that permission to. On can only hope that this is a sign of the times to come as our lawmakers finally put an end to this unethical nonsense. Google and the payment processors have done their part after the Wired expose piece that was published on the industry.

Criminal History Records; Prohibiting a person or entity engaged in publishing or disseminating arrest booking photographs from soliciting or accepting a fee or other payment to remove a photograph; authorizing a person whose arrest booking photograph is published to request in writing that it be removed; requiring the Criminal Justice Information Program to administratively seal the criminal history records of an adult or a minor upon notification by the clerk of the court under specified circumstances, etc.

Learn how to remove Illinois mugshots from the internet freely.