Guaranteed Removal of Mugshots from the Internet

We have the right strategies to push down any negative information appearing in search results for your personal name or business. Our methods are proven effective at suppressing and removing mugshots from any website or platform on the internet. We stand behind our clients and guarantee that we can remove any content from appearing in search results online. Below are some case studies showing before and after Google Results from a few of the many 1000’s of successful campaigns we have orchestrated on behalf of our clients.

Client #1 – First Image in the Filmstrip

Client #1 is a young woman who had a mugshot appearing as the first image in the filmstrip that appeared in a search for her name. This client had issues securing employment for the entire time this image was ranking in Google. She paid another company $3,000.00 to Erase the mugshot. After contacting the first company she was contacted by a second company the Erase company sold her information to. They offered to clean up her reputation on the net but kept giving different pricing and with no straight answers Unfortunately, that company was unable to successfully remove the image. After dealing with the image for over 6 months she decided to contact us and purchase our mugshot removal service. After 3 weeks we were able to suppress the image in Google. She has been able to successfully secure employment and the image has not re-appeared. 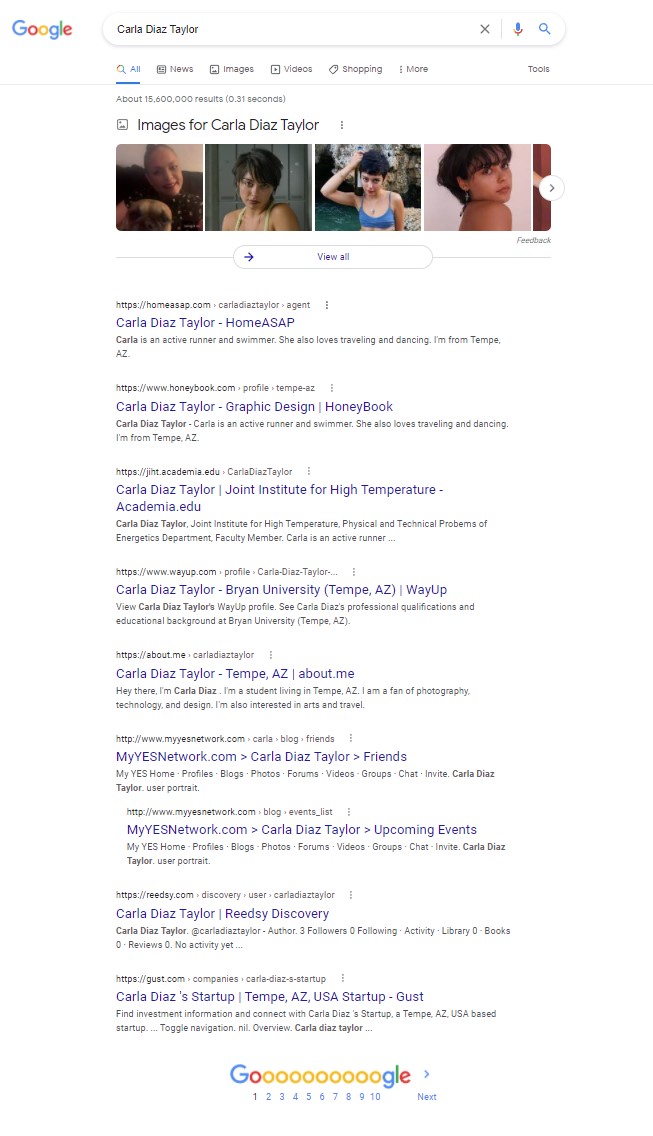 A son about to graduate gets into trouble hanging with the wrong crowd on weekends. The mother of the individual pictured enlisted our services in order to get these images removed before they began to affect her son’s career and dating prospects.

Initially, this individual had 6 mugshots appearing in a search for their name online. The resulting cost to remove each mugshot would be over $800. Plus there is a chance that your mugshot may get republished on a sister site or another mugshot website in their network. Then you would have to pay a second time for removal. That brings the new total to $1200. Reputation management will start you at $5,000 – $10,000.

After two weeks only 4 mugshots were still appearing for his name. This included an aggressive approach by the individual as he was actively searching for employment. After taking steps listed in our reputation management training this individual was able to quickly reduce the number of mugshots appearing in a search for their name. The charges were serious and unusual which prompted this individual to want these mugshots removed from the internet.

After the sixth week of engaging in our reputation management system only one picture remained which was a copy of the mugshot someone downloaded from the internet and reposted on a private website hosted online. Unfortunately, that can happen when you have mugshots online in the public domain anyone who doesn’t like you can come along and copy or screenshot them. In order to preserve and protect your reputation, you need to get any mugshots off the internet as soon as you can either by hiring a reputation management company or removing them yourself. 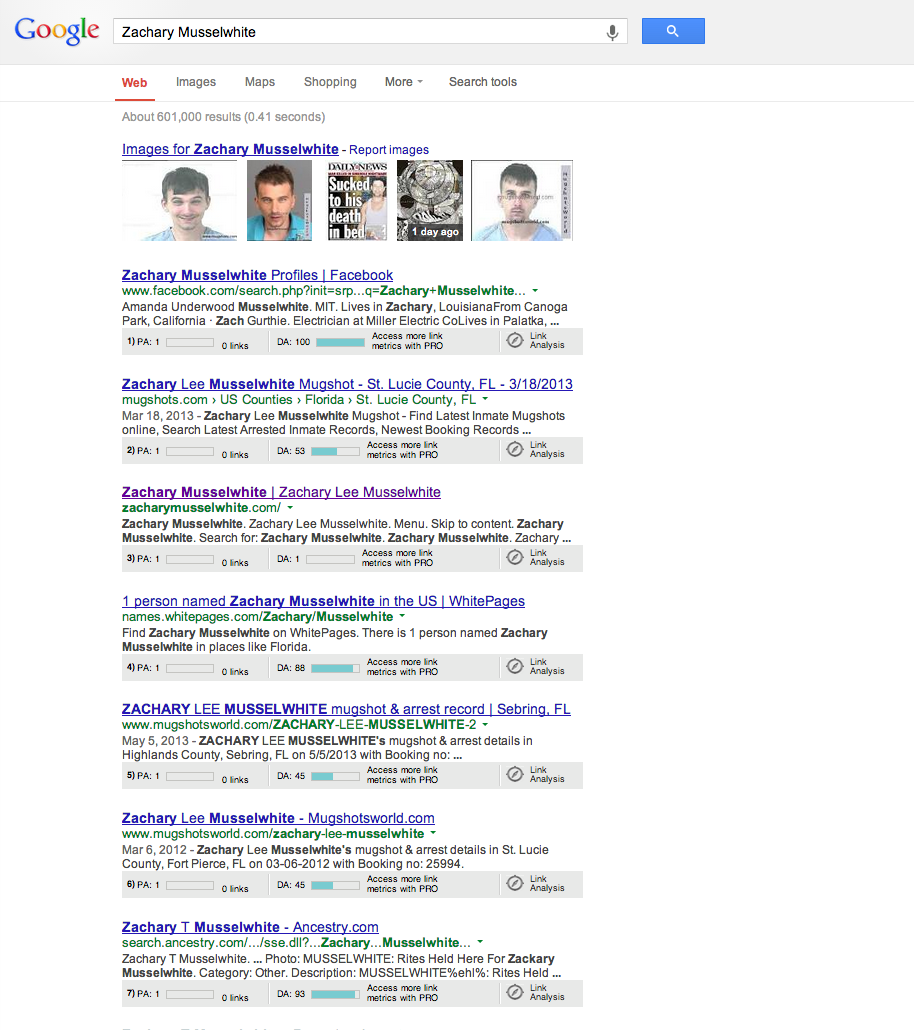 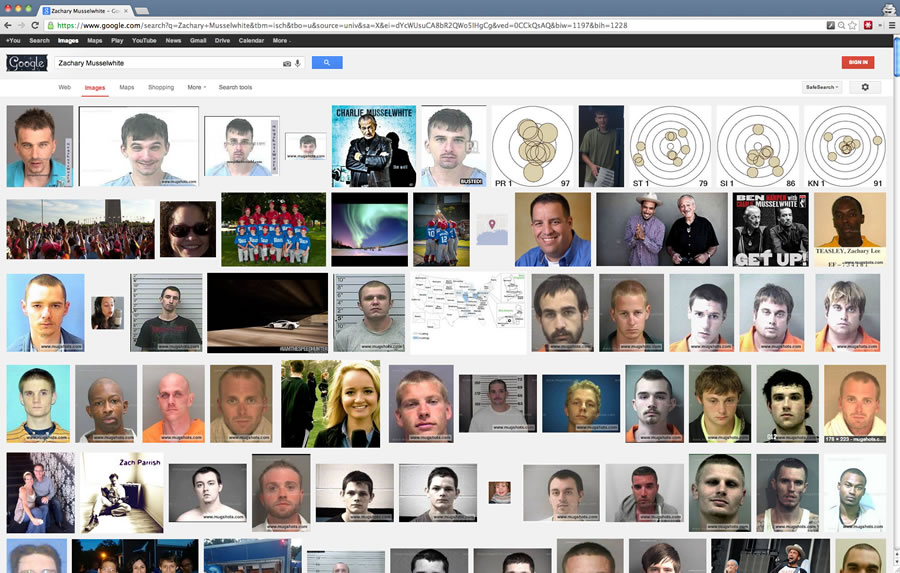 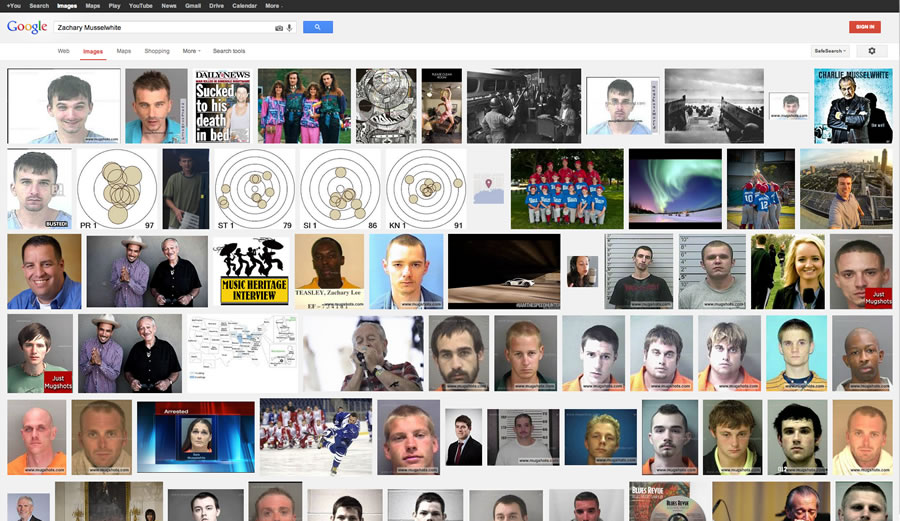 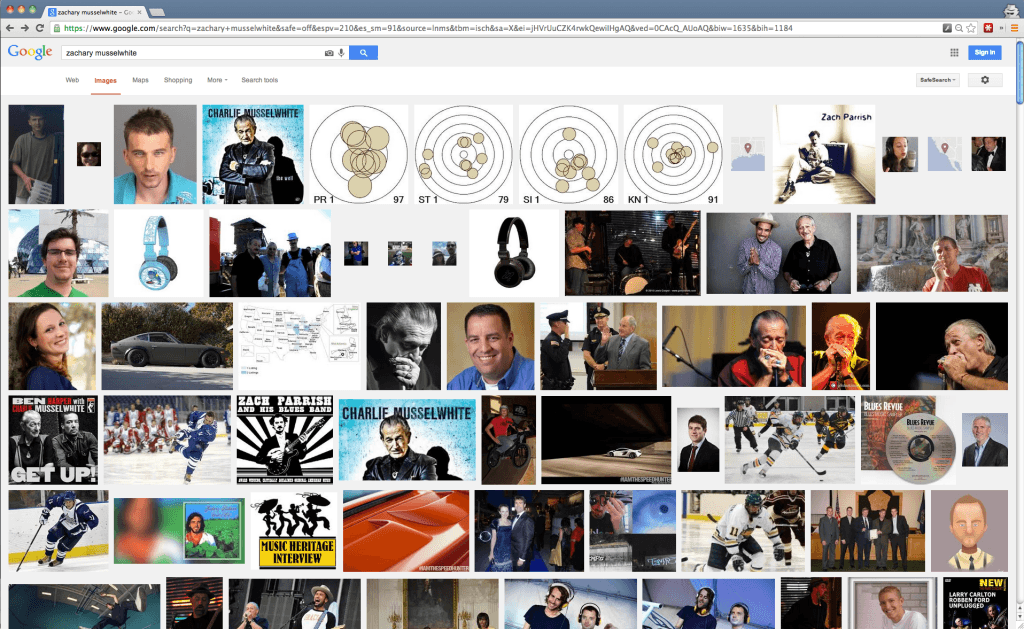 Client #3 is a young professional who had just landed a new career when an unfortunate twist of events caused her to be arrested. For some reason, once this new booking photo was taken, her old mugshots also appeared online completely filling up the filmstrip on Google. This filmstrip also happened to be in position 0 which is above the organic listings. All of the arrests were for minor misdemeanor infractions for non-violent offenses. Even with the trivial nature of the arrests, our client felt humiliated by the search results for her name. This was also affecting her personal life causing her to have to explain the situation, sometimes to people she just met. She contacted us and we began to work to remove the images from 2 websites that actually removed the images for free. The other two images were not able to be removed since we did not get a response from the website operators. The only options left are to either attack the search results directly in Google or pursue legal action against all the websites. The latter option is much more expensive than the first. We opted to suppress the image directly in Google by creating web properties on high authority domains that Google trusts. You can read how to do this yourself with Control Your Search.

We implemented our proven strategy of creating content for our client, then optimizing that content for optimal placement at the top of the search results. 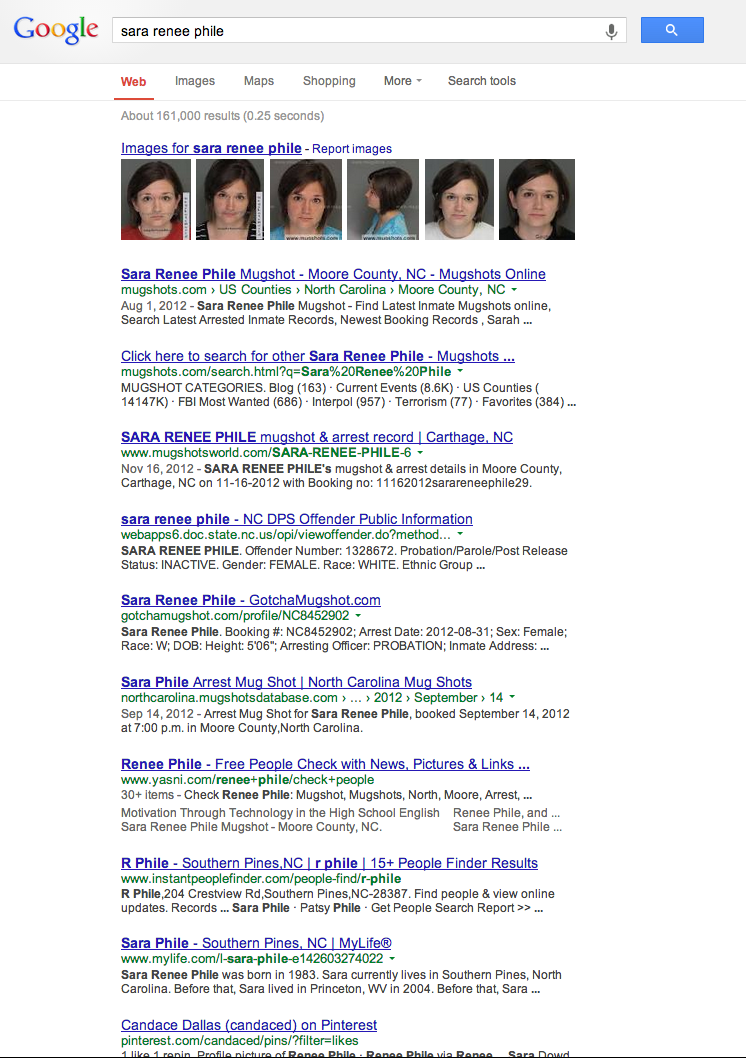 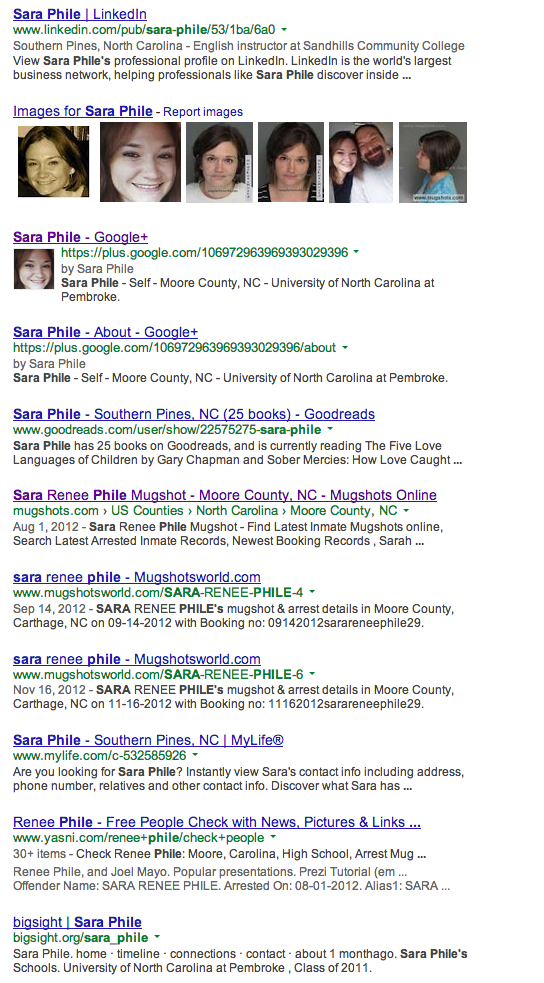 We received a call from a client about a mugshot that was actually removed from the website but still appearing in search results. This is a common occurrence and a relatively easy fix. We contacted Google and pointed out the image in the search result leads to a broken URL. Google verified that the URL was indeed taken down and immediately remove the image from its index. Most of the time it’s not this easy to get an image removed from Google or any other search engine. We have special pricing for an easy fix like this which is what we call de-indexing, other companies will try to charge you the full amount of a standard removal service. We usually can get an image de-indexed in a matter of 48-72hrs and requires a nominal administrative fee. 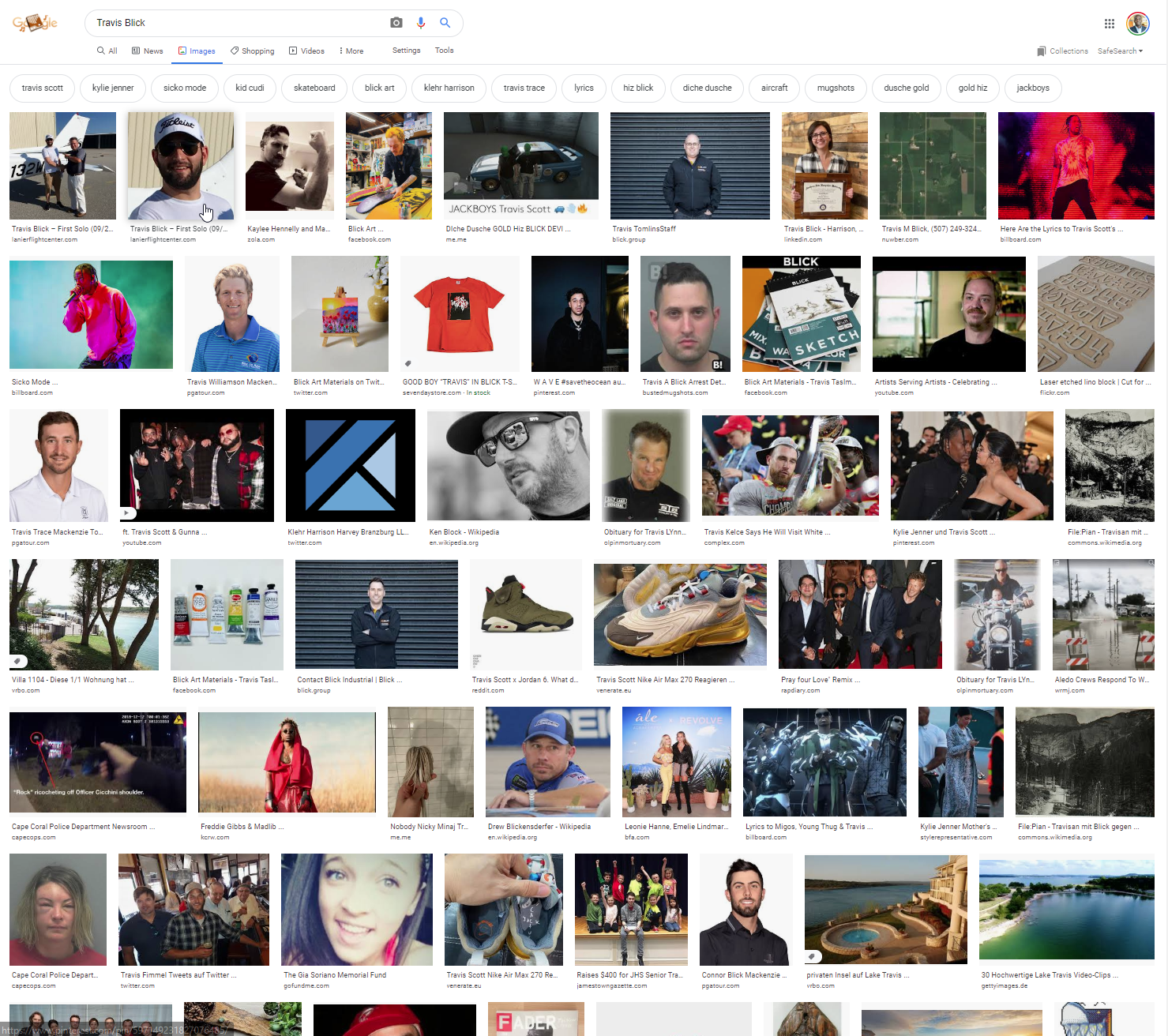 After Our Mugshot De-Indexing Service 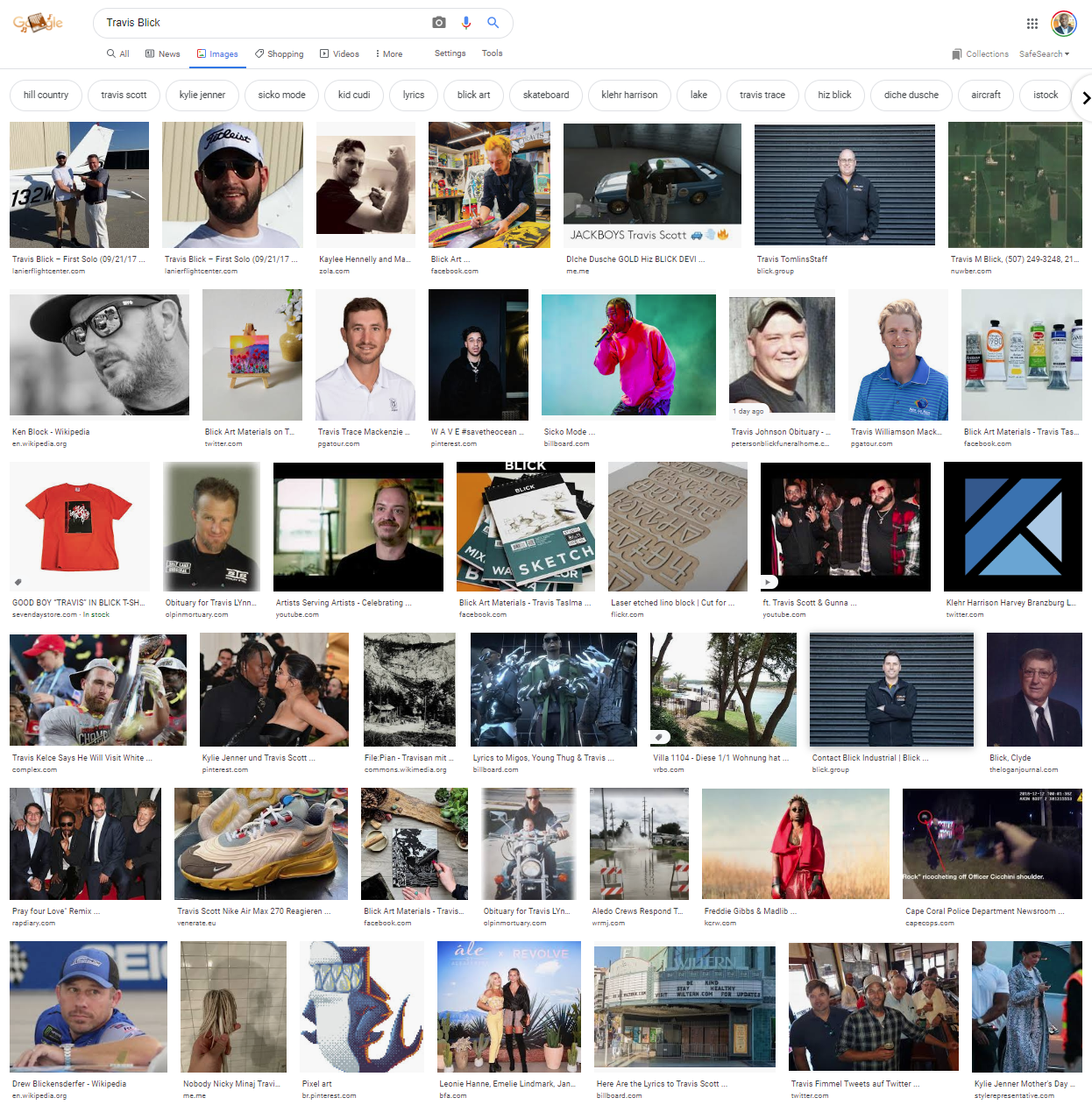 Client #5 is another young professional who works in sales and in particular business to business sales. Due to the nature of this particular industry, the sales process has a lifecycle of 3 – 6 months with multiple visits with decision-makers, C-level executives, and upper management in various parts of the prospective organization’s engineering team. Our client was inadvertently in the wrong place at the wrong time. This led her to cross paths with law enforcement that were aggressively policing in the area. Her case was never prosecuted, in fact, it was dropped by the district attorney and the arresting officers were actually reprimanded, and placed on administrative leave as a result of their conduct. Regardless of the legal outcome, our client was still being haunted by that fateful encounter due to her mugshot being placed on the internet. This image was affecting her sales career and personal life. She enlisted the help of RemoveMyMugshot.org to remove this image from the search results for her name. Our client was able to quickly supply our team with content that we optimized and uploaded online. While uploading and optimizing her web content we were able to uncover the website publisher online and email them directly. In the end, we got the image removed from the website and saturated the web results for her name with content and web profiles that she controls. This prevents that image from reappearing online. 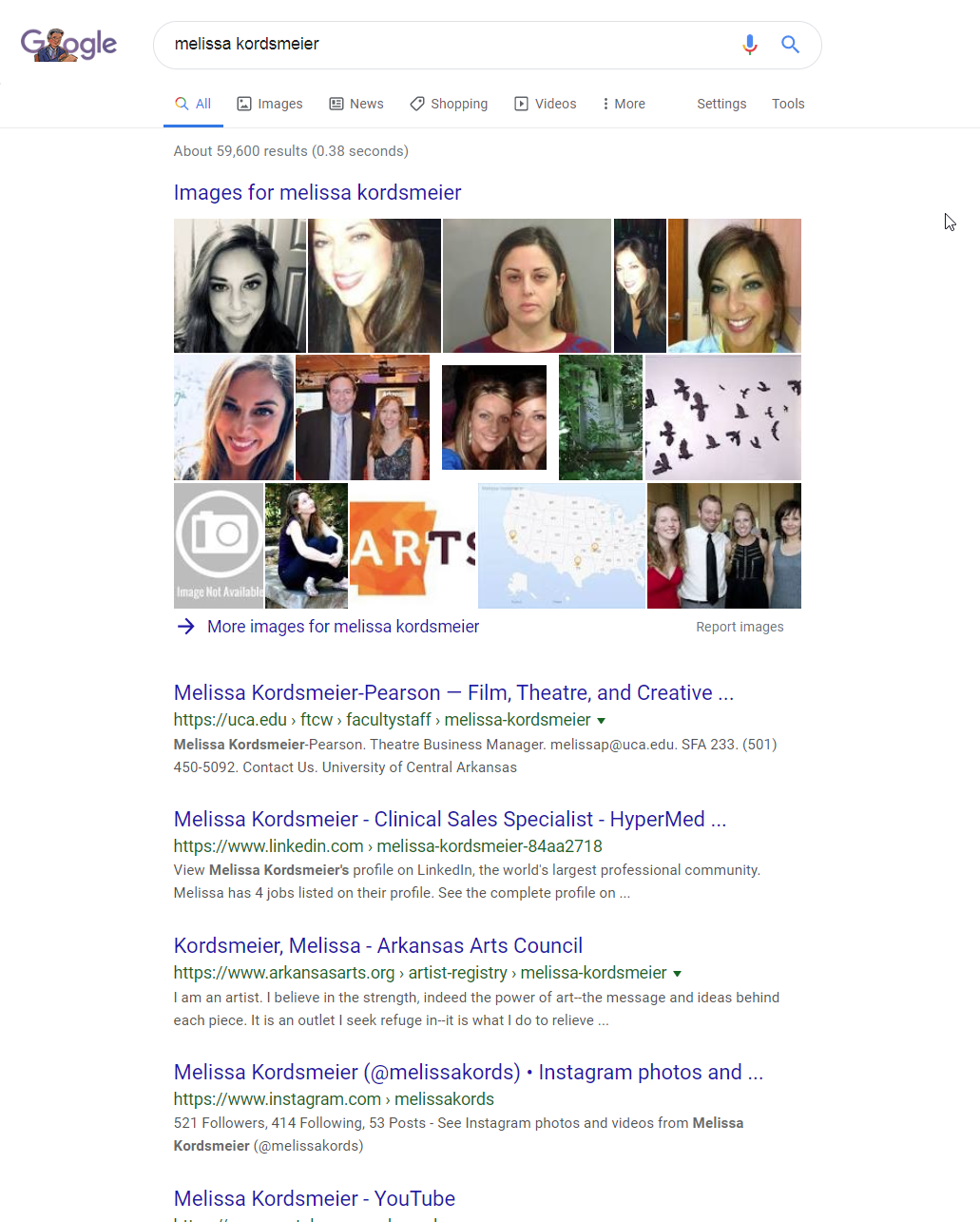 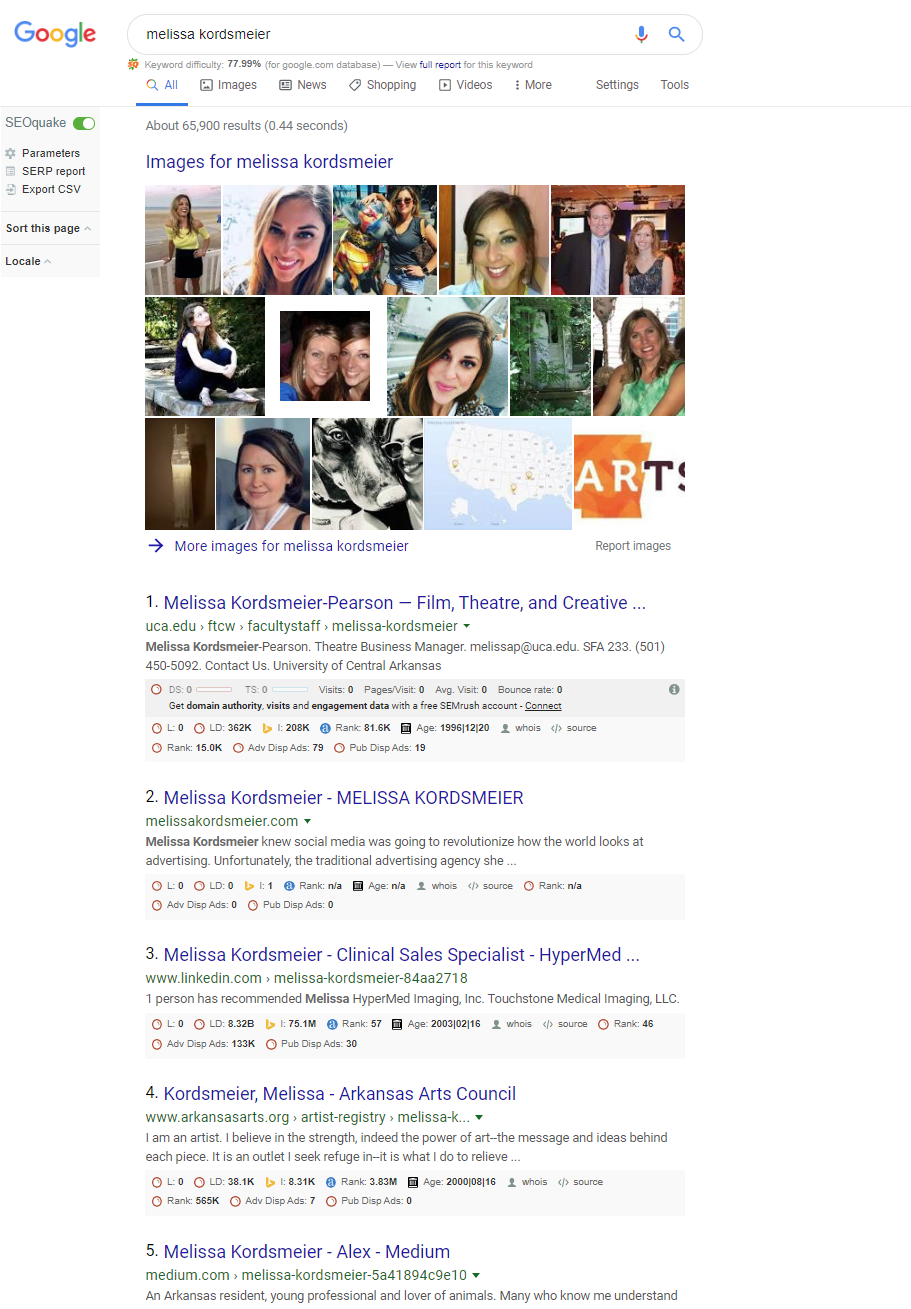 After Removing Mugshots From The Internet 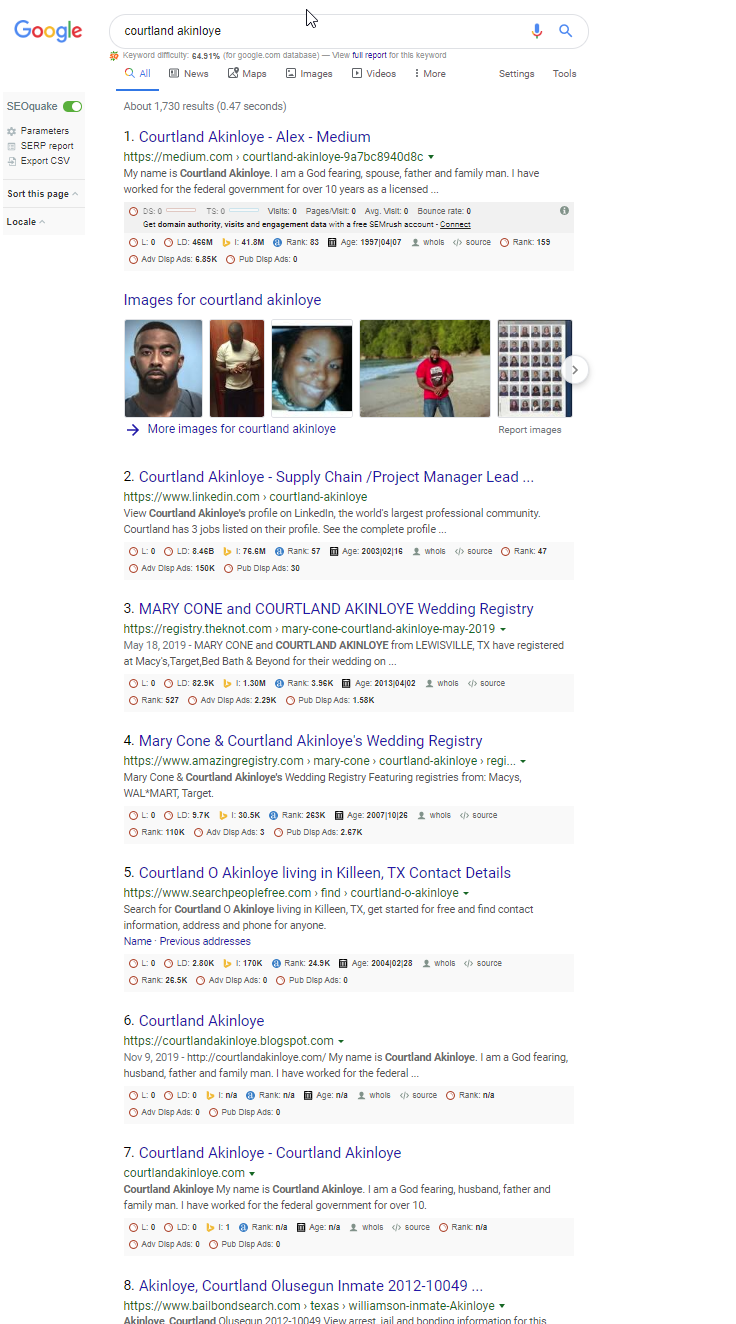 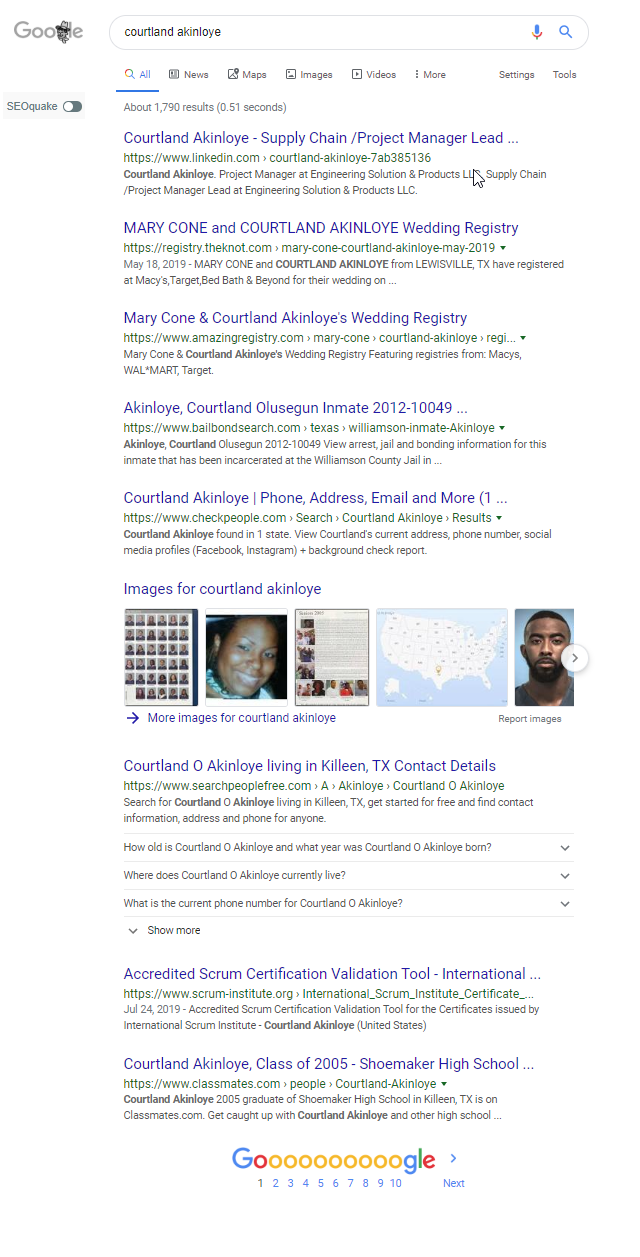 We have a proven track record of success and understand what it takes to remove negative information from Google for your name or business.